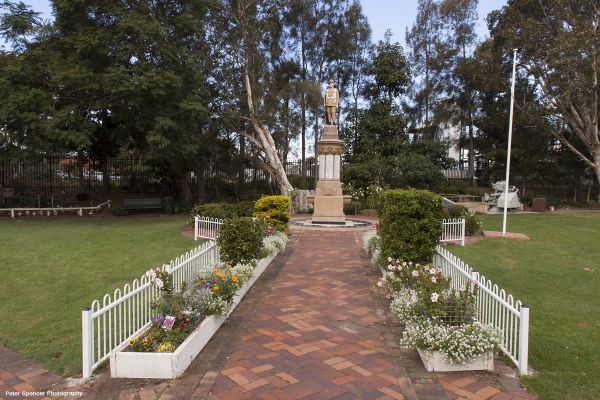 Memorial is a sandstone pillar surmounted by a statue of a World War I soldier.  The central section is eight-sided and on each section, above the names, is a representation of a shroud. There is a water fountain on each of the east and west sides and a flagpole to the south of the monument. Around the base and surrounding the monument is a circular arrangement of orange tiles inside which is a black circle and inside this is a white star.
The memorial was erected in 1919 on the corner of Railway Parade. In 1978 it was hit and damaged by a truck.  It was repaired, although the fountains ceased to function, and moved to outside the RSL. It was moved a short distance to its present position in 1996 when the RSL building was replaced by a church. The area around the memorial was landscaped by unemployed youths who laid out paths and set out gardens.
The figure of the soldier was originally white but became discoloured over the years. When the custodians discovered they couldn't scrub it clean they decided to paint the uniform in the khaki colour used in the desert during World War I.

Black & White Photo: "From the collections of the Wollongong City Library & the Illawarra Historical Society" 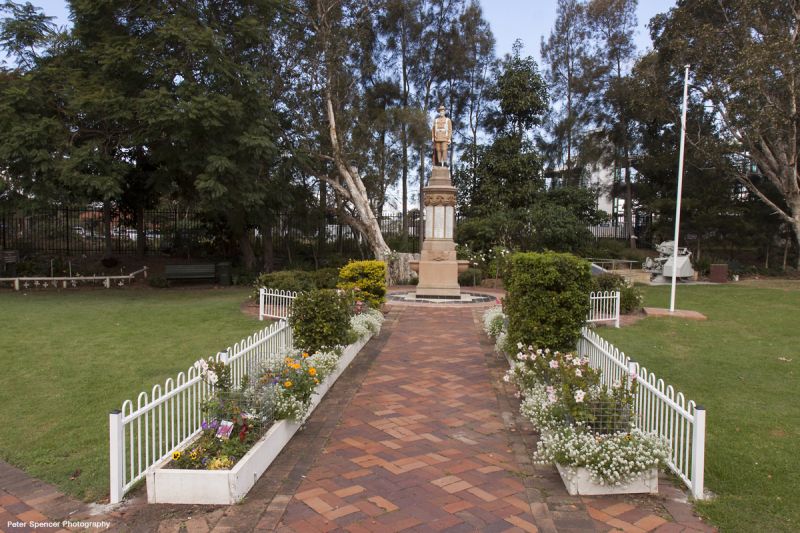